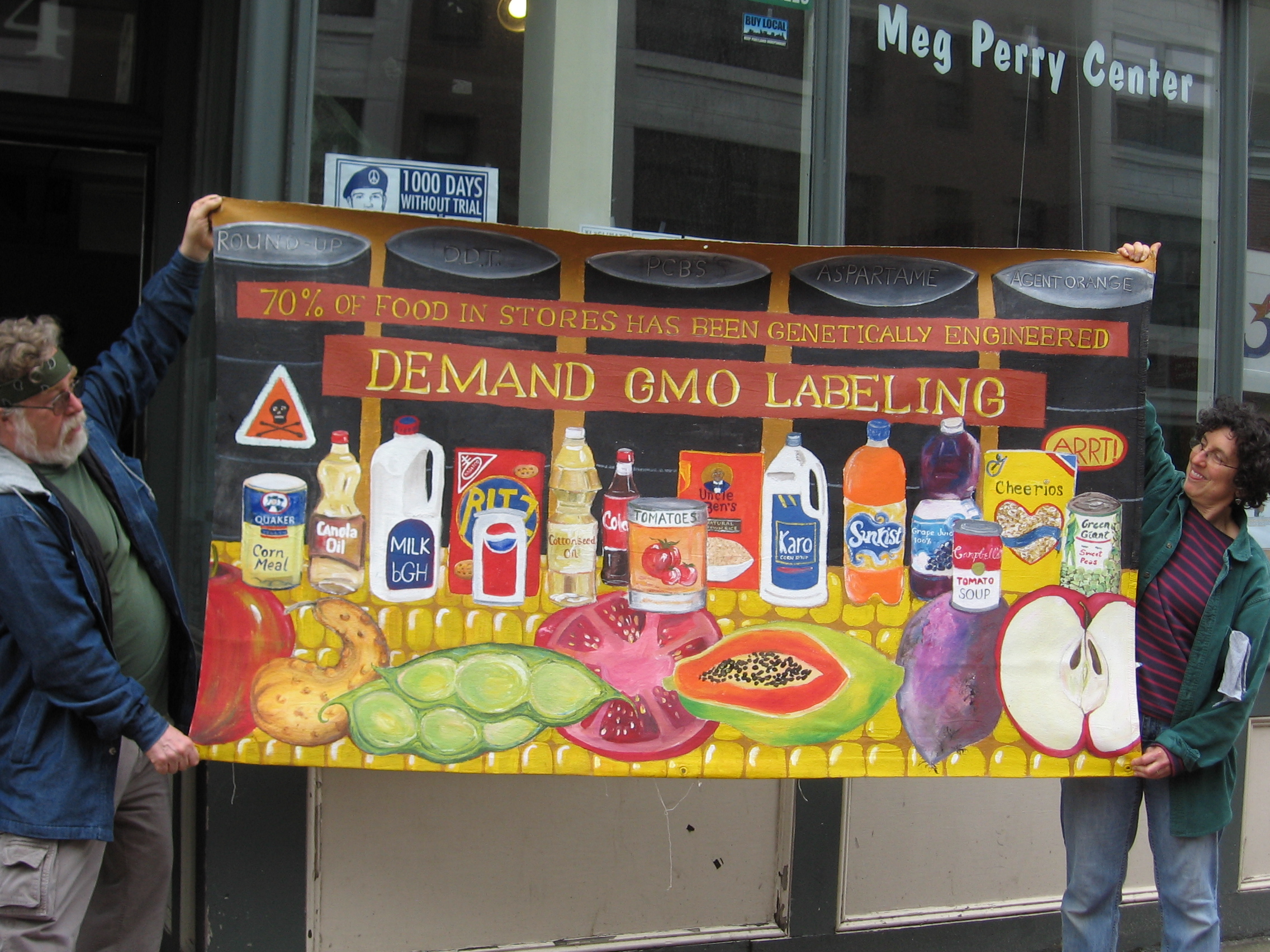 On Saturday March 25th, the UMVA ARRTists gathered once again for a morning of banner painting.  The day was a global day of action against the dark lord of genetically modified seeds, Monsanto.  We met at the Meg Perry Center on Congress Street in Portland and commenced painting on the banner which was conceived and sketched out by Natasha Mayers.  She and Nora Tryon had already blocked in the large color areas in the background.  When I arrived at around 9:30, painting was already under way.  I was able to help out painting a grape juice bottle (lower right) and finessed the yellow lettering in the type font used by Fedco on the cover of their seed catalog.  Honoring our local Maine seed co-op in this way seemed fitting.Robin BrooksMay, 2013UMVA is the Union of Maine Visual Artists.ARRT! stands for the Artist Rapid Response Team which was formed to help small non-profits working for the Common Good by designing and painting banners for their political rallies and causes.